There’s no getting around it, martial arts can be intimidating. This is true for everyone, but especially for women. Martial arts academies tend to have more men than women, and they can be overwhelming environments for beginners.

But as they say, nothing worth having comes easy!

Gracie Miranda is home to a vibrant community of women grapplers. Though we appreciate how hard it can sometimes be to make the jump, we’re here to say that it’s worth it.

Brazilian Jiu-Jitsu is a life-changing martial art for many practitioners, one that brings out the best in people who train. It’s also the most comprehensive self-defence system available, making it an invaluable tool for those concerned about their wellbeing.

Here’s why BJJ is a great choice for women.

BJJ is terrific for women’s self-defence

This is arguably the most important part. Brazilian Jiu-Jitsu has become a worldwide sport, but at its core it’s all about self-defence. More specifically, BJJ provides excellent self-defence to smaller practitioners.

Jiu-Jitsu’s origin story is instructive here. Helio Gracie learned Judo with his brothers, but was both smaller and weaker than them. He realized, though, that he could modify the techniques so that they required more leverage and timing but less strength and power. That was the genesis of modern BJJ.

In other words, Jiu-Jitsu is all about giving the weak the ability to overcome the strong.

Of course, BJJ is not magic. Larger, stronger opponents will always have an advantage over smaller, weaker ones. But it gives practitioners the tools to overcome that divide. Apply those tools with enough precision and they may as well be magic.

Jiu-Jitsu is unlike other martial arts in many ways. One of the key differentiators is its insistence on practical workouts. BJJ is a spar-heavy martial art. At the end of every class, you’ll spend 20-30 minutes sparring with others. (We call this “rolling”.)

If you’ve never stepped on the mats before, this sounds scary. Soon you’ll begin to love it – it’s the most fun part of class. After a few months of training, you’ll begin to appreciate something incredible about Jiu-Jitsu. Namely, the fact that it’s possible to train at full intensity without raising the risk of injury.

How can this be? BJJ is all about ground-based grappling. There are no strikes, and limited takedowns. It’s much easier to avoid injury when there are no high elbows or roundhouse kicks flying around. It helps that, unlike Judo, there’s minimal emphasis on slams that take opponents from standing to the ground. (Judo, like BJJ, is a grappling art, but it focuses predominantly on stand-up grappling.)

With these two major risk factors removed, it becomes possible to train with tremendous tenacity without drastically raising injury risk. This has a few benefits. First off, it’s fun. Second, it’s part of learning self-defence. You’ll be more prepared for an actual real-life scenario after you’ve grappled at high intensity for dozens of hours on the mats.

It’s all about community

We won’t lie: It can certainly be harder for women to learn BJJ than men. Not because of any skill differences, but merely because most of your opponents will be larger than you. Eventually, Jiu-Jitsu classes give you the skills to deal with this size differential. At first, though, it can be hard to deal with.

This is where the community of the specific BJJ academy is so important. At Gracie Miranda, we make sure safety and congeniality are priorities at all times. We ingrain positive attitudes and discourage ego – no one is trying to prove how tough they are, and everyone is helping each other to learn. Those are our values.

And just like a bad community can ruin martial arts, a great one can make it even better. You’ll not only be comfortable with the people you train with, but make lifelong friends too.

If you’re a woman thinking of beginning martial arts training, know that at Gracie Miranda we offer Women’s Only classes on Saturday.

It’s good for your health

OK this isn’t specific to women, but it’s worth pointing out. Jiu-Jitsu is great for your health, both physical and mental.

The physical benefits are obvious. It’s a full-body workout, one that will strengthen muscles you didn’t even know you had. The important point to make here is that Jiu-Jitsu is exercise, but it’s also fun. It’s much easier to exercise regularly when the goal isn’t to exercise. You come to class to learn self-defence skills and hone technique, and get a great workout as a benefit.

The less obvious aspect is mental health. It’s not just that exercising is good for mental health, but rather Jiu-Jitsu is tremendous for character building. The reason? It’s hard. No matter your size, your strength or your gender, Jiu-Jitsu is a complicated martial art, one that takes decades to master.

But the journey to mastery gets you more than martial arts skills. It also instills attributes like persistence, determination and resilience. It all sounds corny, until you try it out and see for yourself.

If you’re in the Sutherland Shire and are interested in training martial arts, come into Gracie Miranda for a free trial class. 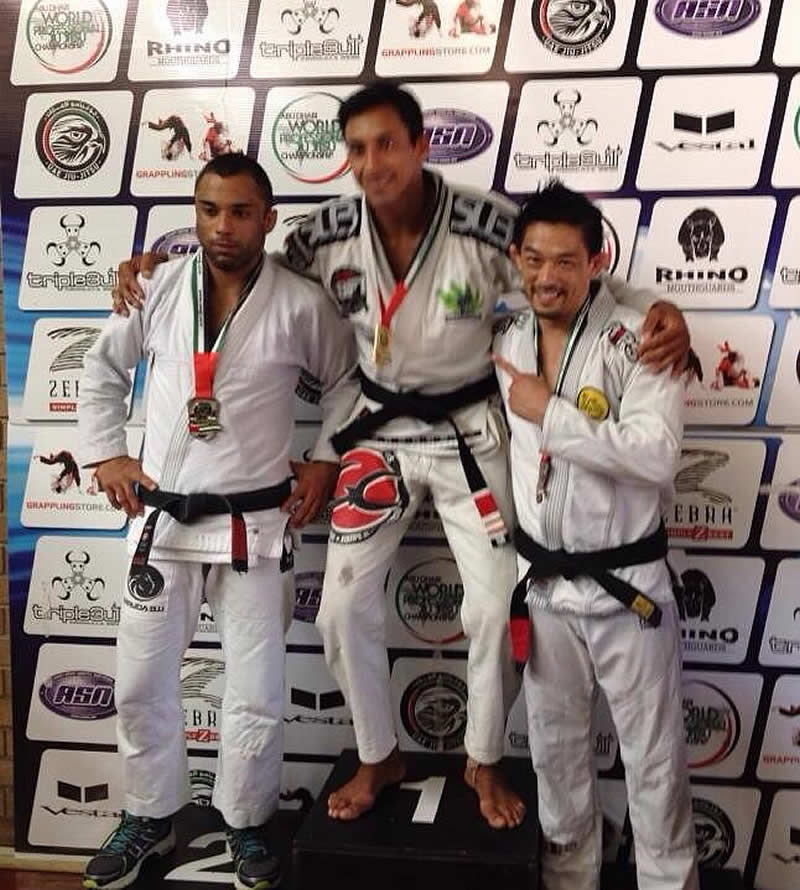 BJJ Tournaments and the Benefits of Competing