People who join us at Gracie Miranda are usually looking to either train a martial art for self defense or are trying to pick up a healthy hobby. That’s great, because both of those are perfect reasons to try Brazilian Jiu Jitsu (BJJ).

However, after a few months students begin to take their martial arts training seriously. They go from feeling accomplished for coming to class to feeling like they need to “win” more or earn belt promotions quicker.

Just as in life, goals in Jiu Jitsu can be helpful and healthy. However, they can also impede your progress. If you can remove your ego from your goal setting, you’re likely to improve much quicker. 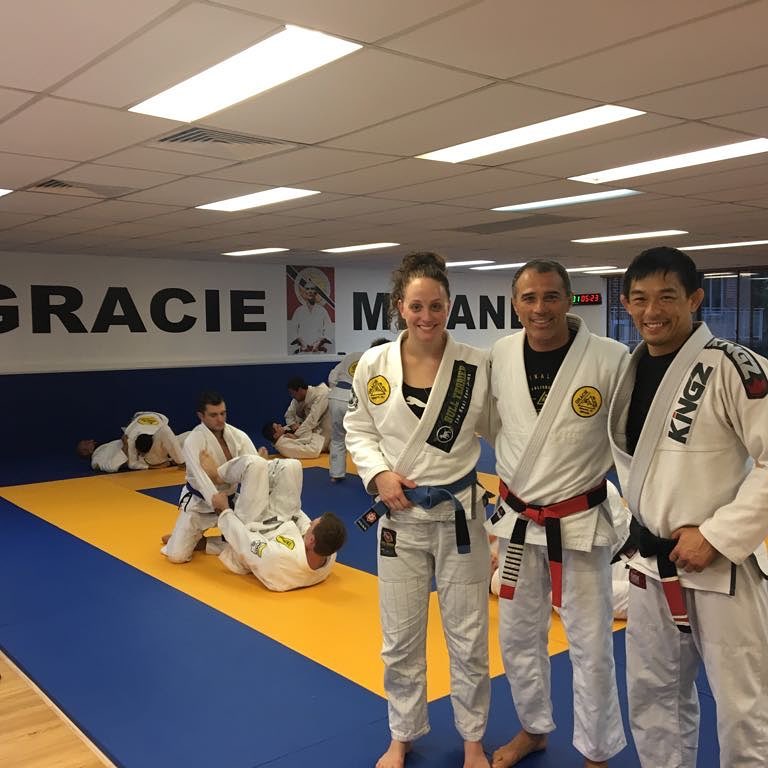 The problem with belts

It takes the average BJJ practitioner between 10 and 15 years to get their black belt. Many new students at Gracie Miranda, after taking a few months of classes, start thinking about the day they become a master and earn their black belt. Some students figure they’re the exception and can do it in less time.

This begins an unhealthy mindset that’s endemic in Jiu Jitsu: Thinking about belts and not what they represent. Instead of thinking “how can I get better?” people often think “how can I get my next belt quicker?”

These two questions may sound similar, but their answers often have different implications. It can be tempting to think that belts will come as a result of winning and showing your skills. But showing skills is much different than learning skills (more on that later).

Instead of thinking about how you can get another belt or promotion, it’s best to think about what specific elements of your game you can improve on. Is there a position you’re particularly bad at escaping from, like side control or north south? Why are people passing your guard and how can you learn to counter their passes? Are there any self-defense scenarios you’ve not practiced enough?

If you think of improvement like this, rather than being represented by stripes or belts, you’ll improve much faster. Not only this, but being attuned to how you can be better and actively working to plug those gaps will likely lead to quicker belt progression too.

After you’ve trained for a few years, BJJ becomes a martial art that’s all about incremental improvement. You get a tiny bit better each time you train — if you’re focused. If you’re too busy trying to win, you may forget to learn.

Stripes and belts aren’t skills, they represent skills. Focus on skills, not belts.

Goal setting is a natural part of martial arts learning, but often those goals are outcomes rather than inputs. That is, many people set goals ego-centric goals they are not completely in control of. Winning a competition, submitting a specific training partner or getting a belt in a certain timeframe come to mind.

With goals like this, it becomes easy for students to try to win rather than learn. Looking for a promotion, for instance, they might not try working a new position for fear that the coach may see them be submitted. While doing what you’ve tested and found to work makes sense in some cases — like competition day, for example — it can hold you back other times.

Instead, you’ll likely find it helpful to instead focus on goals that you can control. Doing an extra class for 6 weeks in a row, making sure you focus on improving a specific position, committing to regular self-defense drilling or trying to sharpen up a specific submission are all examples of goals that you have complete control over.

There are two main benefits to this. Firstly, Jiu-Jitsu can be demoralising at the best of times, and especially so if you’re only focused on winning. The more seriously you take winning, the more seriously you’ll take losing — and everyone loses in Jiu-Jitsu. All the time. It makes martial arts, which should be fun, unnecessarily stressful.

Secondly, it encourages learning and experimenting. The majority of time during classes at Gracie Miranda is spent learning new techniques. You should view sparring as an opportunity to test and sharpen techniques you’ve learned, not an opportunity to beat your opponent.

Think about how you can be better, not how you can win. Like many things you learn on the mats, this is a martial arts principle that will help you in real life too.

If you’re on the fence about training BJJ, come for a free tryout class at Gracie Miranda.