Like all good martial arts, Brazilian Jiu-Jitsu is at its core about self-defence. But over the past 20 years, the famed martial art has grown into a major sport. Not only is BJJ the bedrock of MMA – read here how it helped form the UFC – but it’s also a tournament spectacle in countries around the world.

If you’re reading this, you may be considering competing in your first Jiu-Jitsu tournament. At Gracie Miranda, a BJJ academy in the Sutherland Shire, we encourage our students to compete at least once. This blog will explain why.

If you’ve not considered competition BJJ before, now is certainly a good time to begin. With COVID thankfully receding, and restrictions less obstructive, 2022’s competition calendar is full of opportunities for you to put yourself to the test. 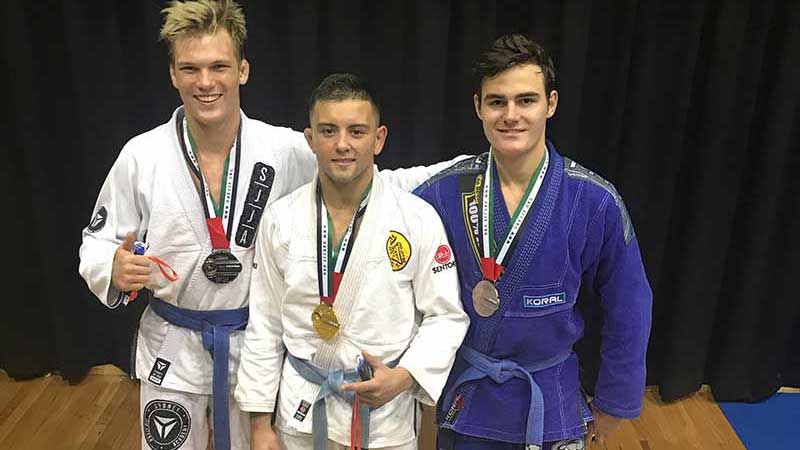 A quick explainer for anyone new to the martial art.

Jiu-Jitsu is a grappling martial art. That makes it similar to wrestling and Judo, but with some significant differences. It takes place mostly on the ground, and matches end either when one practitioner submits another or when time runs out. (If time runs out, the practitioner who scored the most points wins.)

That makes it different to wrestling, which ends when one practitioner is able to pin their opponent’s shoulder to the mat, and Judo, which focuses on stand-up grappling.

Before you read on: In the Sutherland Shire and interested in training Jiu-Jitsu? Come into Gracie Miranda for a free trial.

That BJJ is all grappling and mostly on the ground has important self-defence benefits. Namely, it’s part of what makes Jiu-Jitsu an effective self-defence system for smaller people against larger ones.

More importantly for tournaments, it means two practitioners can grapple at full intensity with minimal injury risks to one another. Jiu Jitsu competition can certainly injure your ego, though physical injuries are easy to avoid if you make sure to tap quickly enough.

Why is  martial arts competition a good idea?

It feels good to win, and even nicer when that victory is commemorated with a gold medal. The feeling of success is not why competing is beneficial. Rather, it’s what failure teaches you. In short, training for a competition will force you to improve – as does losing in a competition.

There’s a saying in Jiu-Jitsu: “win or learn”. That applies to the training period preceding a tournament. Submit your opponents on the mats, or figure out why you can’t. This process involves identifying your weaknesses – for instance guard retention, mount escapes or back defence – and bolstering them.

If you can nullify a weakness, that’s good. If you can work towards turning a weakness into a strength, that’s great.

The same will naturally occur in the competition itself. If you win all your matches and secure a gold medal, you’ll identify what skills of yours are working. If you get tapped out, you’ll work to make sure you’re never submitted by that particular hold again.

There’s another reason why tournament experience is healthy. Martial arts competitions are hard. They’re scary. If you’ve trained Jiu-Jitsu for any period of time, you’ll know that a core skill is getting comfortable in uncomfortable situations.

When you compete, it’s easy to become overwhelmed. Your anxiety levels and adrenaline will be pumping. You’ll be nervous, or even terrified. And that’s good – because the more exposure you get to that feeling, the more comfortable you’ll get with it.

Here competition links back to self-defence. It’s one thing to drill against an unresistant opponent, like you do in many martial arts. It’s much better to spar against a resisting opponent, like you do on the mats at academies like Gracie Miranda. But best of all is grappling with an opponent while all your senses are in turmoil, as often happens during tournaments. This replicates how you’re likely to feel in a real self-defence scenario.

Competition isn’t for everyone – but everyone should try it at least once.