Women from all over the Sutherland Shire train at Gracie Miranda. But though we’re proud to be a popular place for women to train martial arts, there’s no denying that most people who train Brazilian Jiu-Jitsu (BJJ) are men.

Women often come to Gracie Miranda to learn self-defense, but the preponderance of men can be intimidating. This is completely natural, as even brawny male athletes can be intimidated walking into a BJJ academy for the first time.

Many women who want to try BJJ often worry that they may not be “tough” enough to do martial arts, or that it’s too aggressive an environment. But if you’re a woman reading this and are interested in learning martial arts or self defense, Jiu-Jitsu is a perfect fit. 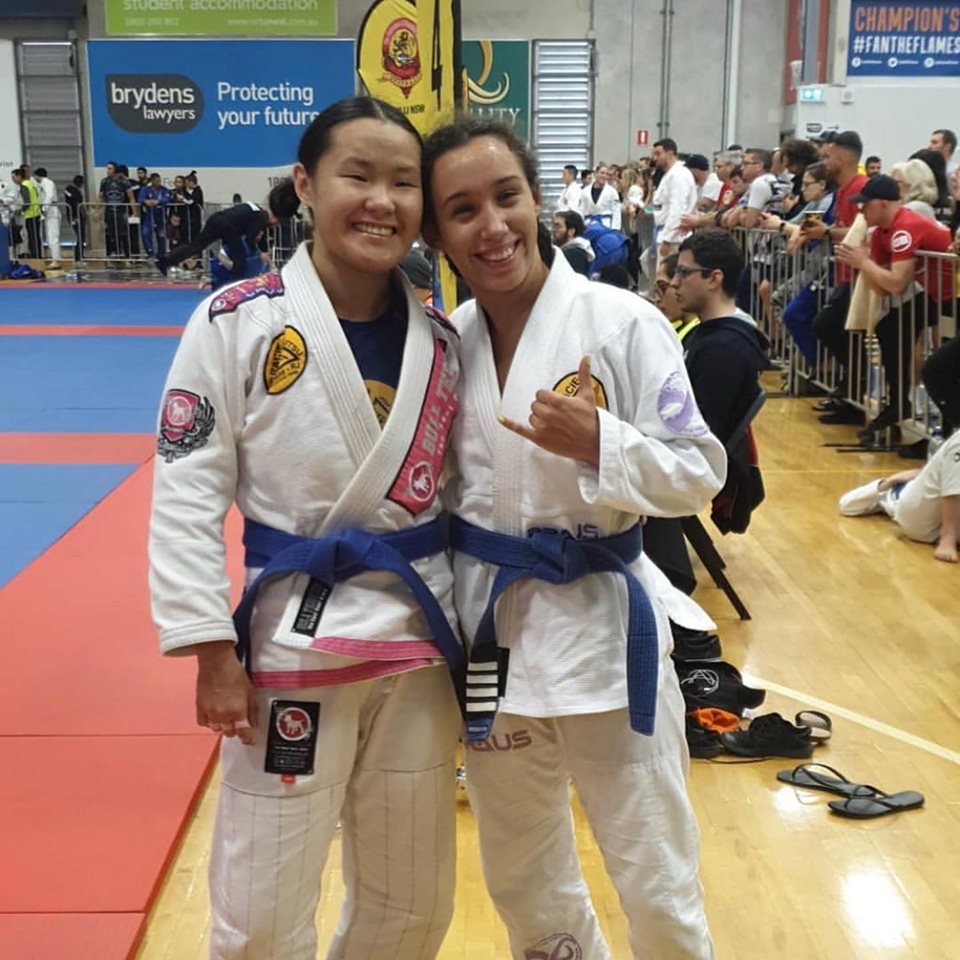 There are plenty of martial arts out there that provide women with tools with which to defend themselves. Even if you’re uninterested in MMA or the sport side of martial arts, you’re probably familiar with Asian arts like Karate, Muay-Thai or Kung-Fu.

Jiu-Jitsu is unlike those arts, which each revolve around striking. BJJ, a modified form of Japanese Judo that originated out of Brazil, is about grappling. That means there’s no kicking or punching — and no need to worry about accidentally being knocked out in class.

Instead of strikes, Brazilian Jiu-Jitsu is all about using grappling and wrestling techniques to restrain, secure and submit your opponent.

What makes BJJ hugely applicable for women is that it’s fundamental premise is that it works against larger, stronger opponents.

“Always assume that your opponent is going to be bigger, stronger and faster than you,” BJJ co-creator Grand Master Helio Gracie is famed for saying, “so that you can rely on technique, timing and leverage rather than brute strength.”

This doesn’t mean that if a 50kg woman trains BJJ for 3 months she’ll be able to beat down a 150kg strongman. But technique honed over years is certainly able to make up for huge gaps in size and strength. If you don’t believe it, just watch Sarah, one of Gracie Miranda’s coaches, when she’s on the mats!

For women who are interested in learning self defense techniques, BJJ is as good a decision you can make.

Women undoubtedly can excel at BJJ. Top-level competitors like Leticia Ribiero and Mackenzie Dern have BJJ resumes as impressive as anyone else. But doing Jiu-Jitsu and learning women’s self defense is easier said than done. Most people who walk through Gracie Miranda are scared at first — it takes considerable courage just to sign up, and we understand that.

Women are often in particular worried about the safety of Jiu-Jitsu and the aggressive, macho environment that often surrounds martial arts.

First, safety. BJJ is as safe as martial arts get. As with every physical endeavor, mistakes do happen and people do get injured. But Jiu-Jitsu’s grappling orientation means there’s a hugely reduced risk of a strike to the head or similar injury caused by blunt force.

Sparring in Jiu-Jitsu is called “rolling,” and it consists of wrestling with your opponent, attempting to achieve a top position and applying a submission hold. The beauty of BJJ is that you’ll seize a submission and your opponent, knowing they’ve been caught, will tap out. Then you begin the game again, with no one hurt.

This system allows practitioners to train hard — with high-intensity training having the additional benefit of replicating real-life altercations — with minimal risk of danger.

At Gracie Miranda, we further minimize risk by encouraging people of similar height and weight to train with each other. So again, if you’re a 50kg female, you won’t have to worry about being paired with a 6’3”, 120kg super athlete.

But even if you were, you’d be surprised at how safe the spar is. This goes to the next point, the macho culture that often surrounds martial arts.

We won’t lie and say Jiu-Jitsu is easy. It yields tremendous benefits, but it’s hard. It involves discipline, practice and perseverance to succeed. As a result, anyone who’s been training for a while knows how hard it is.

At Gracie Miranda, you’ll be treated with respect by a family of grapplers who’ll understand your being new to self-defense training. No one is going to try and maul you. If anything, people will encourage you — because they remember how hard it was to start out.

If you’re in the Sutherland Shire area and have been tossing up trying out women’s martial arts, come to Gracie Miranda for a free introductory class.