On March 10 the Sydney Cup will be held in Sutherland Shire. For parents whose kids practice Brazilian Jiu Jitsu (BJJ), this may beg an obvious question: Should my child be competing?

When parents sign their kids up at Gracie Miranda, their focus is often on self defense. That’s understandable, because BJJ is among the best martial arts for self defense. However, after a child has trained for long enough, the idea of competing will eventual surfaces.

Competing is hard. It’s almost always stressful, and even adults can be disheartened when they don’t get the result they want. However, there are important lessons that competition can teach. 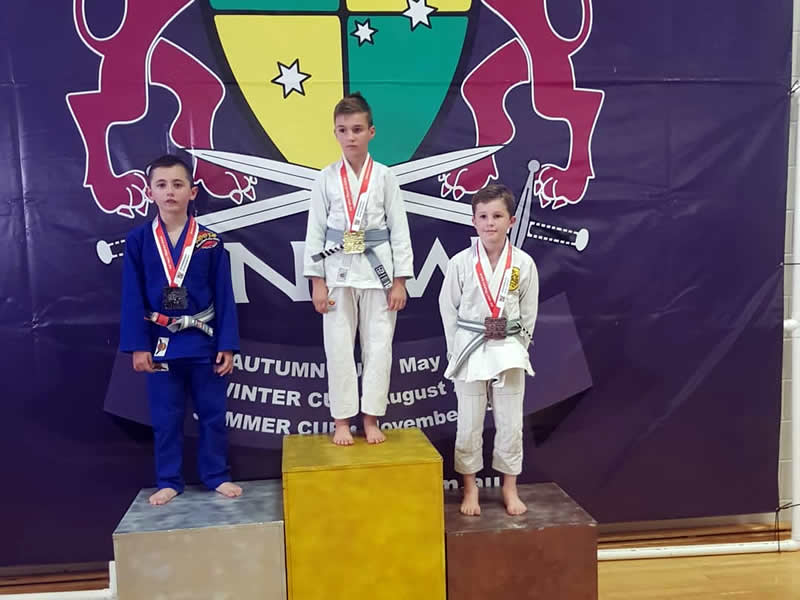 Within BJJ there’s constant debate as to whether sports Jiu Jitsu or self-defense Jiu Jitsu is better to learn. Self defense is often taught with the assumption that the person harassing you doesn’t train martial arts. Sports Jiu Jitsu, on the other hand, is all about competing against an opponent who trains just as much as you do.

People on one side say that sports Jiu Jitsu doesn’t work in the real world, but the reality is competing can actually help your child in real-life situations. That’s mostly because competing is extremely stressful.

It’s one thing for a kid to pull off a technique during a friendly spar with a friend in class. It’s quite another thing for them do so when their adrenaline and cortisol levels are spiked because they’re so nervous about martial arts competition.

Of course, this can be intimidating. But the high-pressure environment of competition can prepare a child, or adult, for the stress that surrounds a real-life self-defense situation. We train to compete, but in some ways competition itself is training for the real world.

One of the key benefits of competing is yielded weeks before the competition even happens. When someone decides to compete, they’re forced to assess their strengths and weaknesses. What areas are they comfortable, and what areas do they need to work on.

It may be that your child feels competent at attacking from guard, but doesn’t feel confident about passing guard. With a competition looming, they’ll be encouraged to go out of their way to plug those gaps. Of course, our coaches at Gracie Miranda will be there to guide them through this process.

This is a skill that has real-world applications. Once a goal is decided on (competing), assessing how to best achieve that goal is half the job. Signing up to a competition will introduce a child to the difficult-but-rewarding process of turning negatives into positives.

Learning how to lose

You may have noticed that the previous benefits don’t rely on your child winning a medal. However, even though winning isn’t the most important thing in martial arts, the unfortunate truth is that all of us, from a new white belt to a veteran black belt, can feel devastation over a loss.

Competing regularly in Jiu Jitsu forces kids to accept that they can’t win all the time – and that it’s OK to lose. Again, this is an important real-world skill. The more tolerance you have to failure, the more likely you’re likely to persevere and ultimately succeed.

Our coaches at Gracie Miranda instill in kids that winning isn’t the most important part of competing, or of martial arts in general. Learning and trying your best are, since these are elements that are key to future success.

Competing can be hard, and losing can be harder still. But the payoff is that your kid is likely to improve their self-defense skills, and learn some important life skills in the process. We encourage everyone, after they’ve been training long enough, to compete at least once.

If they don’t like it, that’s fine. But it’s something that’s at least worth trying. And it doesn’t have to be the Sydney Cup – but other competitions will require travelling outside of the Sutherland Shire area.

If you live in the greater Sutherland Shire area and are interested in martial arts competition, or having your child compete, come in for a free introductory class at Gracie Miranda.