With kids back at school and community sport open for the past months, parents may be wondering: Is now a good time for my kid to start martial arts?

We definitely think so! Gracie Miranda is home to kids and adults training Brazilian Jiu-Jitsu (BJJ) from all over Sutherland Shire. We’ve been lucky to welcome new kids to our martial arts family since restrictions lifted in July, and encourage all curious parents to sign their kids up for a free trial class.

We believe safety comes first, so our academy is rigorously cleaned throughout the day to ensure COVID safety. We also believe BJJ is the best martial art for kids to learn when it comes to personal safety. 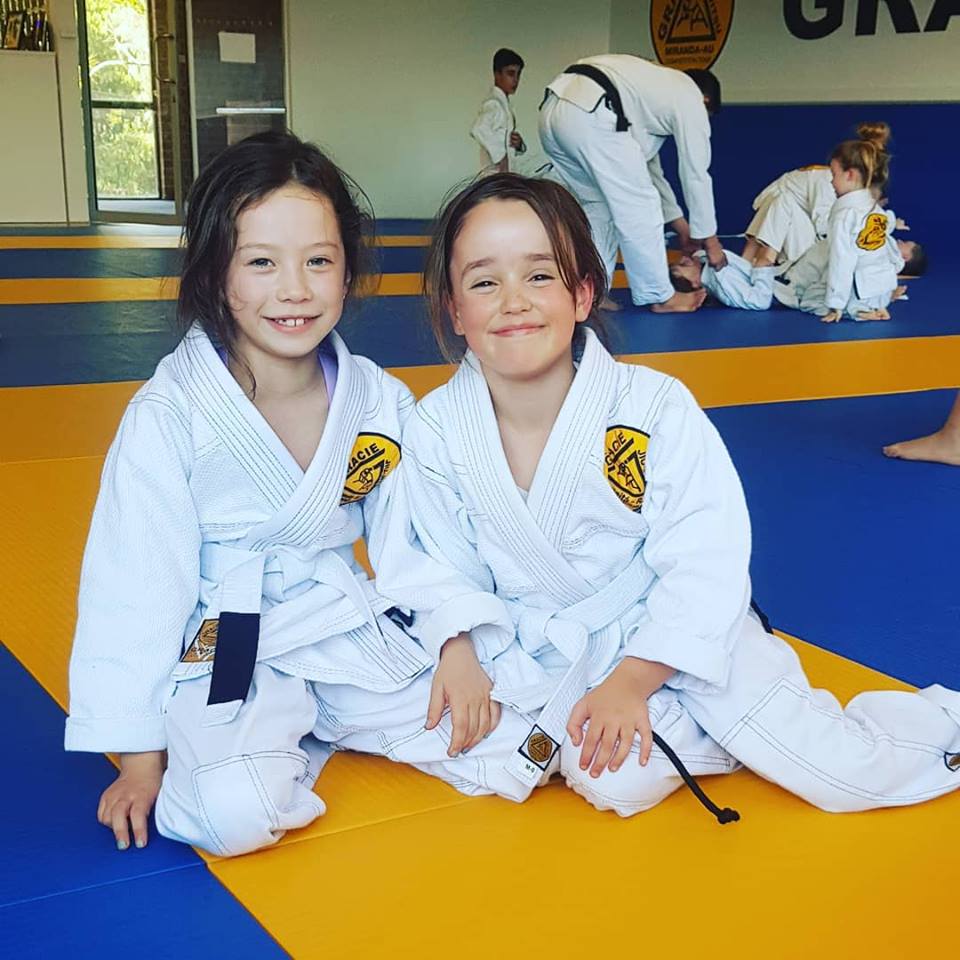 As a parent, you have many different martial arts to choose from if you’re interested in your child learning self-defense skills. Most of these, from Taekwondo to Karate, are Asian strike-based arts.

There’s nothing wrong with these. These martial arts have been around for decades, if not centuries, and wouldn’t have survived if they weren’t useful. We just believe Jiu-Jitsu, which focuses on grappling rather than striking, is more effective.

BJJ is all about ground-based grappling. That makes it different from Judo, which focuses on standing grapples. Jiu-Jitsu is also different to wrestling, as in BJJ you learn to defend yourself on your back — whereas in wrestling, being put on your back means you’ve lost.

These may sound like small variations, but they end up making profound differences.

Here’s one example. The strikes children learn in sports like Muay Thai can be devastating. But that also makes them dangerous: It’s hard to hit a bully with a flying knee without the potential for severe injury. It’s important for kids to have force in their arsenal, but most situations don’t call for such intense reactions.

This is an area where BJJ thrives. We’ll teach your kids submission holds, like arm locks and chokes, but these are only to be used in extreme circumstances. Most of what they’ll learn in Jiu-Jitsu are grappling techniques that allow them to retrain and subdue an opponent.

This self-defence system equips kids with the ability to defend themselves without injuring their aggressor.

For the little ones

The fact that BJJ centres around ground-based fighting isn’t a coincidence. It’s oriented this way because taking an opponent to the ground helps neutralise any size or strength advantages they may have.

This is a key way BJJ differentiates itself from Judo, which is all about slamming an opponent to the ground. Judo is an incredibly effective martial art, there’s no doubt about that. But BJJ is more effective for people who are smaller, weaker or less athletic.

Which is a big reason why we recommend it so much for kids. Of course, there are limits. We’re not supposing that a sixth grader who’s trained Jiu-Jitsu for a year could take down a fully-grown adult. But BJJ can certainly close the gap between your child and a bigger, stronger bully.

This idea is encoded into the fundamentals of BJJ.

“Always assume that your opponent is going to be bigger, stronger and faster than you,” said Helio Gracie, a founder of BJJ, in a now-famous quote, “so that you learn to rely on technique, timing and leverage rather than brute strength.” Elsewhere, he described Jiu-Jitsu as “the force of leverage against brute force.”

OK, so Jiu-Jitsu is an excellent self-defence system. But is training Jiu-Jitsu safe?

This is another one of BJJ’s core strengths over striking arts: The injury risk is low. Of course, as with any athletic endeavor, mistakes can happen. But because no one is throwing roundhouse kicks or uppercuts, the risk of head injury, concussion and slam-related injury are drastically lower than in other martial arts.

Jiu-Jitsu is a very spar-heavy martial art. Once we feel your child is comfortable and competent enough to start sparring, or “rolling” as we call it, they’ll do so at the end of each class.

Sparring in BJJ amounts to wrestling for a superior position with the aim of securing, but not applying, a submission hold. Once a submission hold is secured, the opponent taps out, with no harm done, and the game begins again.

Not only is this a fantastic workout, it also prepares kids — and adults — for the real-world pressure of a self-defence situation. And most importantly, it means they can learn the world’s best self-defence system safely.

If you’re in the Sutherland Shire and interested in signing your child up to martial arts, please come into Gracie Miranda for a free trial lesson.