Gracie Miranda offers a free introductory Jiu Jitsu class for people on the fence about Brazilian Jiu Jitsu. It’s a trial class taken up each month by people all across Sutherland Shire, from Cronulla to Menai, and many who try Brazilian Jiu Jitsu quickly become addicted to it. Still, the first few months of classes can be tough – no matter how much fun you’re having.

As with any martial art, starting out in Brazilian Jiu Jitsu can be intimidating. Jiu Jitsu is arguably even scarier than other martial arts because, unlike other martial arts, you’ll be sparring from your first or second class. However, overcome this barrier and you’ll be rewarded with self defense skills and a gratifying new hobby.

If you’re from Sutherland Shire (or anywhere else in Sydney, we don’t judge!) and are interested in Brazilian Jiu Jitsu classes, here are some things that’ll help you to know. 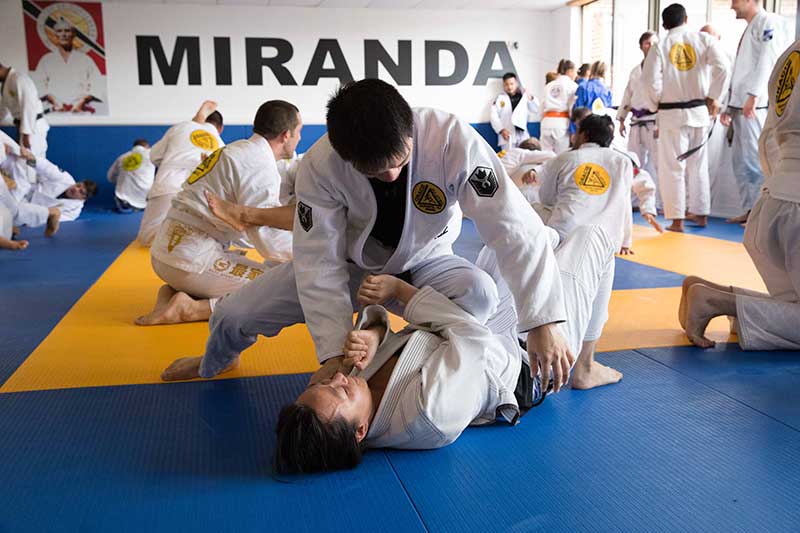 1. What even is Brazilian Jiu Jitsu?

Naturally, knowing this will come in handy! Brazilian Jiu Jitsu is a grappling martial art, meaning you won’t be learning much in the way of roundhouse kicks and uppercuts. Instead, you’ll learn how to take an opponent to the ground, secure dominant positions and apply submission holds, like armlocks and chokes.

2. You’ll be swimming with Sutherland’s sharks

Well, not literally. But Brazilian Jiu Jitsu is among the most practical martial arts for self defense, and part of the reason why is because it’s a particularly spar-heaving discipline. In many striking arts, like Muay Thai, you’ll train for several months before even light sparring is permitted. Conversely, you’ll be wrestling with your classmates from day one or day two.

It sounds scary, and it is at first, but your teammates will take care of you. The real-life benefit to all this sparring is that after a few months you’ll begin to be comfortable in high-pressure situations, and acting under stress will come more naturally. All this is immensely helpful in self defense situations, should one ever come up.

Plus, intense sparring is great cardio. It’s a much more fun way of getting in shape than a treadmill, that’s for sure.

3. Jiu Jitsu hurts, but not in the way you think

Since Brazilian Jiu Jitsu is a grappling art that mostly takes place on the ground, there’s minimal risk of serious injury from slams or strikes. But Jiu Jitsu classes can hurt in other, less serious ways, especially when you begin.

In my own case, I remember getting trouble from gripping my opponents gi in my first few classes. Gis, the white or blue kimonos you wear in most classes, can be rough in a similar way to sandpaper, and gripping them tightly initially would give me small cuts near my fingernails. I’d also get hand cramps and random bruises on my body. This was all alarming at first, but in a matter of weeks my skin adjusted and I stopped having these problems.

If you leave your first few classes with odd aches and pains, you may think your body just wasn’t made for Jiu Jitsu. But don’t stress, it’s completely normal!

After a few classes you’ll begin to feel more comfortable with the physical aspect of Brazilian Jiu Jitsu. You’ll also slowly get used to the main positions, which are mount, back mount, side control, guard and half guard. It’s about this time you’ll begin to realise how complex Jiu Jitsu is.

There are hundreds upon hundreds of techniques to learn in Brazilian Jiu Jitsu, each of which require a high degree of finesse to perform with maximum efficacy. Learning how much you don’t know can be overwhelming, and eventually you’ll learn to gradually improve by focusing on learning or improving a few techniques at a time.

5. Jiu Jitsu is hard, but worth it

Brazilian Jiu Jitsu is not easy, but it’s worth the trouble. Don’t believe us? Ask one of the people you meet in class. There’s a reason people come to Jiu Jitsu classes for years and years, and eventually for decades.

Brazilian Jiu Jitsu doesn’t just teach you self defense and flying armbars, it also teaches you how to humble yourself, how to overcome plateaus, and, hopefully, how to not give up.

We run multiple classes every day at Gracie Miranda. Book a free introductory one here.