Gracie Miranda is open seven days a week, and has multiple classes for both kids and adults on every day except Sunday. But Jiu-Jitsu doesn’t end once class is over.

Since Gracie Miranda’s opening, Brazilian Jiu-Jitsu has become a lifestyle for many in the Sutherland Shire. Time off the mats is often spent thinking about time on the mats. We become addicted to improving and learning. There are always new technique variations to learn and self defense situations to think about.

Inevitably, we find ourselves prowling the internet for BJJ tips and tricks. That leads us to YouTube Jiu-Jitsu.

YouTube Jiu-Jitsu is a powerful tool, with BJJ masters from around the world showing their techniques to anyone with an internet connection. But it has to be used wisely. 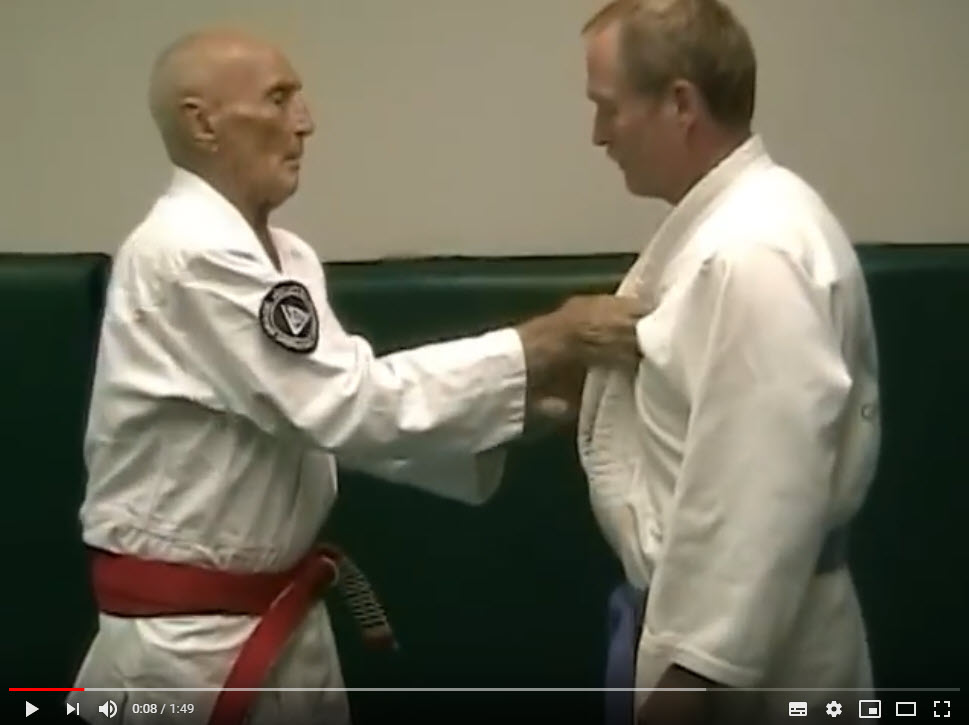 Expertise from Sutherland to Shanghai

The benefits of using YouTube for Jiu Jitsu, as with any martial art, are many. It’s an almost infinite reservoir of information that can show you tricks to make you more confident with self-defense or help boost your competition game.

This is especially true when you’re a white, blue belt or purple belt, since black belts from around the globe share their BJJ tips on YouTube. Not all black belts are created equal — and Gracie Miranda, as part of the Gracie Humaita lineage, has particularly high belt standards — but if you’re a BJJ novice, advice from any black bet will almost certainly be of use to you.

Such advice can often go a far way, particularly since it’ll be from another curriculum. One of the difficult parts of Jiu-Jitsu is gauging your progress because everyone is learning with you. All your training partners are learning the same submissions, passes, sweeps and self-defense techniques as you are. Adding some techniques foreign to your academy, for example a sweep from a Shanghai YouTuber brought back to Sutherland Shire, can help you stay competitive on the mats. It can also help you prepare for what you may come across in a competition scenario.

Finally, YouTube Jiu-Jitsu can confer a huge benefit to people with crazy schedules who simply can’t make class three or four or five times a week. Some of Gracie Miranda’s most enthusiastic students are ones who, despite their excitement, are only able to train once or twice a week.

Ultimately, YouTube is a tool. Any tool in any trade can be overused. Many of the benefits offered by YouTube BJJ are potential double-edged swords.

The BJJ community is generally an honest and caring one. Most of the practitioners sharing their expertise online genuinely want to help other people — or promote their gym by helping people. But there are some fraudsters who peddle ineffective techniques and approaches that a white belt may not see through but which a veteran grappler would know to be wrong.

If you see a technique on YouTube, it’s often a good idea to run it by one of Gracie Miranda’s coaches, or any purple, brown and black belts who may be around. Learning off YouTube as a white belt is a good idea, but running techniques by experienced grapplers can stop a bad technique from becoming a bad habit.

Similarly, integrating techniques from YouTube into your game can help you in rolls with your academy training partners. However, you should never rely on the element of surprise in Jiu-Jitsu. The fundamentals are essential, and focusing on timing, precision and hip movement is how you truly improve your game.

Gracie Miranda offers dozens of classes a week for the simple reason that time on the mats is the most important aspect of progressing in BJJ. YouTube is a valuable resource — but remember to use it wisely, and to never rely on it.

If you’re in the Sutherland Shire area and are interested in learning in real life instead of the internet, come down to Gracie Miranda for a free trial lesson.