As hard as it is to believe, 2019 is almost at its end. It was a great year, as the Gracie Miranda family grew with members from all over Sutherland Shire.

As December winds down, it’s the perfect time for grapplers and martial arts practitioners to reflect on how much they grew in 2019 — and how to get better in 2020.

With New Year’s Eve around the corner, Brazilian Jiu-Jitsu practitioners around the globe are about to start setting their 2020 goals. Goals are a fantastic way to keep your focus on improvement, but it’s important that you set the right type of goal. 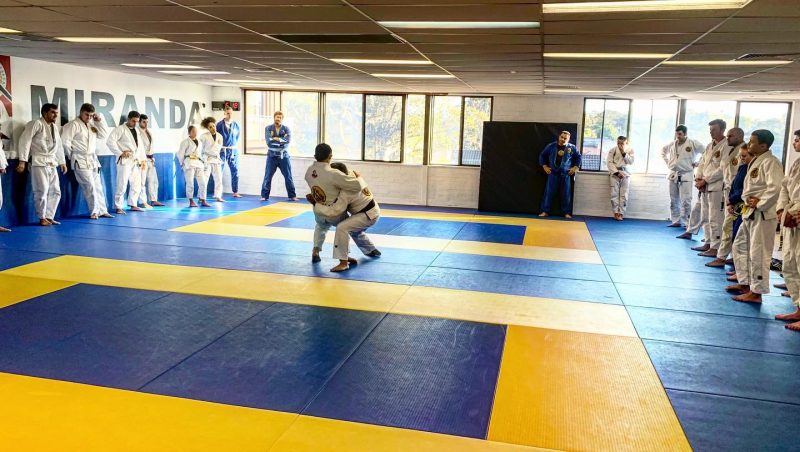 Pat yourself on the back

Jiu-Jitsu is a tough martial art. It places more of an emphasis on sparring, or “rolling” as we call it, than any other martial art or self-defence system. Rolling keeps us sharp, showing us what does and does not work. But it can also be demoralizing.

In BJJ, it’s easy to exclusively focus on what needs improving. But it’s important for you to recognize the aspects of your game that have improved in the last year.

What got better? I, for instance, spent much of the year trying to develop a deep half-guard game. After months of failures, I’ve recently been able to both more regularly pull people into deep half and achieve more sweeps.

If you’ve been training all year, there’s a good chance you’ll have made plenty of technical leaps like this. Perhaps your guard got tighter, your triangle chokes more consistent or your side-control escapes more reliable. Really try and think about areas you’ve improved.

This is important for two reasons. First, it keeps you sane. In BJJ, where rolling is physically and emotionally draining, it’s easy to get carried away by your perceived failures. Reminding yourself of your achievements, be they competition wins, more confidence in self-defence scenarios or improved technical ability, is a necessary counterweight.

Second, in Jiu-Jitsu we tend to focus on what we’re trying to learn next. Refining techniques is just as important, if not more important, than learning new ones.

If you’re new to BJJ or martial arts and haven’t yet been training for a full year, you should be extra proud of yourself. You took the plunge that many people want to take but often find excuses not to.

So give yourself a pat on the back, Gracie Miranda. You earned it.

Goals are important in martial arts and self-defence training, but setting the wrong type of goals can harm your progress.

When thinking about goals for 2020, as a general rule you should think about achievement you’re in control of. Possibly the most common benchmark martial arts practitioners set is scoring a new belt. This is perfectly understandable, since belts are a simple way to denote progress.

However, setting the goal of getting a belt promotion can often handbrake your progress. Not only is it a vague goal, it’s one that’s out of your control. That’s because it’s something you get out of Jiu-Jitsu. Instead, think of what you can put in.

An easy, obvious one: Train more. If you train two or three times a week, commit to training four times. Or commit to doing more stretching or strength training to buttress your BJJ and self-defence skills.

The reason this is effective goal setting is because this is something you’re in control of.

Make sure your goals are specific, too. Part of the reason why “I will get a new belt” or “I will get better at BJJ” are ineffective goals is because they’re too vague. They put an emphasis on winning — proving that you’re worthy or improving — rather than learning.

Instead, think of goals like “I will get better at escaping mount” or “I will work on my submissions from side control.” Ideally, you should focus on aspects of your game you’re bad at and turn them into strengths.

Enter 2020 with an attitude like that, and you’ll exit it a much better grappler.