Confused? The fundamental difference between self-defence BJJ and sports BJJ is that techniques for the former assume your opponent has no martial arts training themselves, while the latter assumes your opponent is a similar skill level to you.

This is a fundamental split that divides the martial arts community. Some believe self-defence is the only thing worth teaching, while others spend years perfecting techniques that work wonders on a tournament mat but would be unwise to use on the street.

The truth is that you choose what you want out of your martial arts training. But even if you’re purely focused on improving your self-defence, there are a few reasons you should compete at least once.

And with the Sydney Cup taking place in Sutherland Shire next month, not far from Gracie Miranda, now is the perfect time. 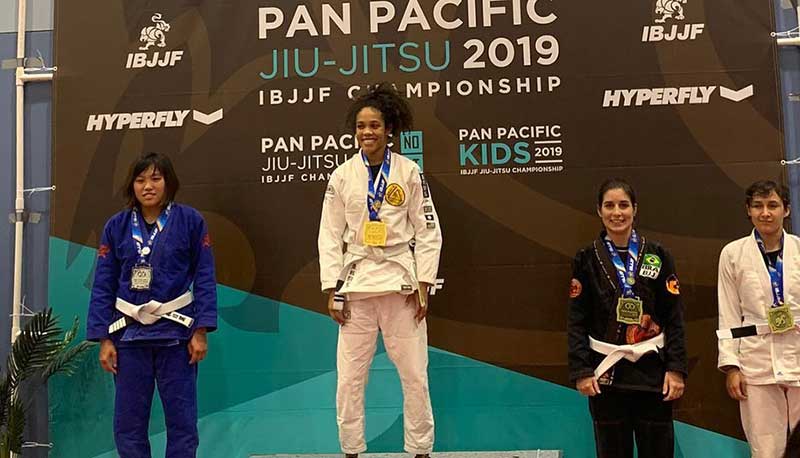 The main reason you should compete at least once is simple. Tournaments improve your Jiu-Jitsu skills.

A lot of this is mental. If you know you’re competing — say, next month in Sutherland Shire — you can’t help but focus on your weaknesses. If people in class are passing your guard, guard retention will naturally be something you focus on in the leadup to the big day. In this way, preparing for a competition encourages you to think about your game and turn weaknesses into strengths.

For this reason, we recommend signing up to tournaments early. The benefit of this is two-fold. Firstly, there’s usually an early-bird discount that can save you a chunk of cash. Second, if preparing for a competition forces you to hone in your training, you should enjoy this extra focus for as long as you can.

There are limits: Training 6 months for one tournament is likely to cause all but elite athletes to burn out. But 6-8 weeks of competition training is far better than 2-3 weeks.

The next round of learning occurs after the competition. Since there’s a much bigger spotlight on your tournament rolls than those that happen in class every day, you’ll put your performance under much more scrutiny. Even if you win, you can’t help but notice everything that went wrong.

This is magnified by a loss. People tend to not forget mistakes they made that led to a competition submission. If you get caught in a Kimura Trap in your first tournament, you’ll be much more aware of the trap in future rolls.

Perhaps even more importantly, tournaments help your self-defence skills. It’s true that many of the techniques you perform in sports BJJ are not appropriate for real life. But the feeling of competition — the adrenaline, the anxiety and the fight-or-flight response — is fantastic training for a real-life situation.

Competitions can be scary. If you can get used to that feeling, and be comfortable feeling overwhelmed, it’ll help you tremendously in the real world.

What to think about

So you’ve decided to sign up for a competition. Congratulations! Here are a few tips to help get you through your first match.

Practice takedowns: This should be obvious. At Gracie Miranda, just like BJJ academies around the world, you start most of your rolls on your knees. This is a safety precaution: Dozens of people share the mats at the same time, and we don’t want someone being taken down onto another grappling duo. But asking your coach for help with takedowns, and drilling for 5-10 minutes before or after class, will help a lot when it comes time for the tournament.

Learn the rules: Your coach can help you with this. When it comes to BJJ tournaments, skill is important — but so is knowing the rules. You need to know what moves score you how many points, what gives you an advantage and, most importantly, what’s illegal.

Bring the right snacks: Competition days are long and draining, especially if you’re competing in both Gi and No Gi. It often involves one set of rounds early in the day, followed by several hours of downtime before your next set of rounds. Make sure you bring food that’s nutritional but not too heavy. Fruit is perfect, and a well-timed protein shake won’t hurt either.

If you live in the Sutherland Shire and are interested in either self-defence or testing yourself in competition, sign up to Gracie Miranda or come in for a free trial class.