Martial arts are great for everyone, and over the years we’ve become used to getting questions from Sutherland Shire parents who are excited to sign their kids up to Brazilian Jiu-Jitsu.

Most questions are over how safe Brazilian Jiu-Jitsu (BJJ) is, or at what age kids should start training. Some are also unsure what the difference between BJJ and other martial arts is.

Confusion is completely understandable, particularly if you’re a parent who’s never done martial arts yourself. If you’re on this page, you’re probably a mum or dad in the Sutherland Shire wondering if Jiu-Jitsu is right for your kid. Below is a guide that will hopefully answer most of your questions. 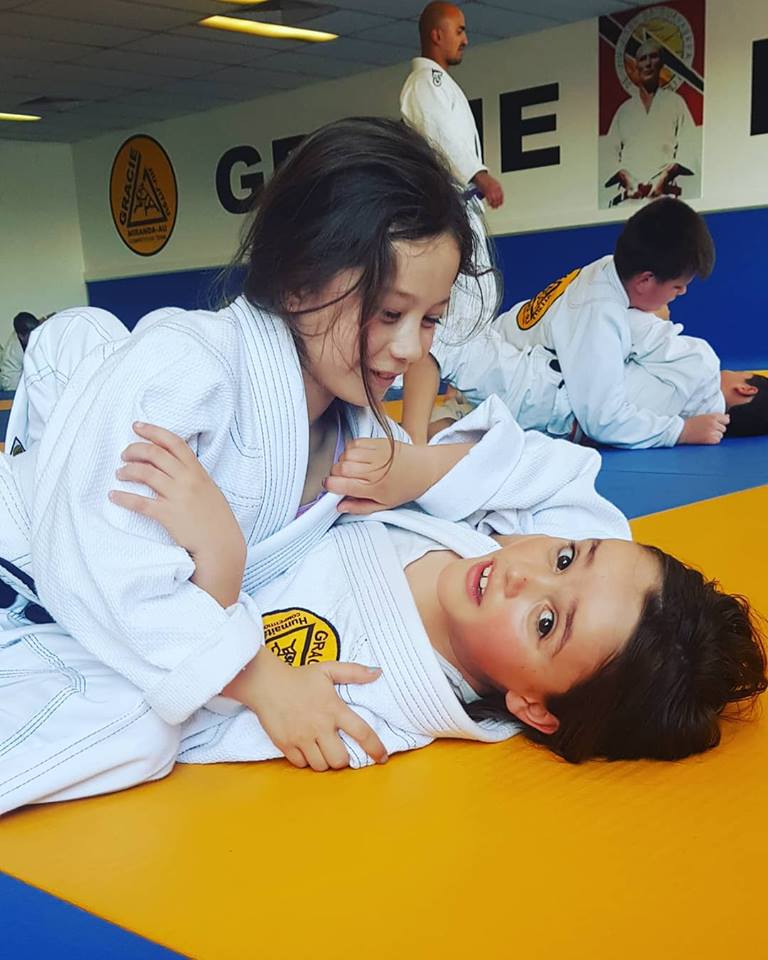 At its most simple, Brazilian Jiu-Jitsu is a grappling martial art that predominantly takes place on the ground.

The first point of confusion is that most people associate martial arts with Jackie Chan or Bruce Lee movies. Jiu-Jitsu is not like that! There’s no striking in BJJ. Your child will learn to protect themselves using wrestling techniques.

They’ll learn how to escape dangerous positions, establish dominant positions and, if need be, submit an aggressor.

Jiu-Jitsu is not the only grappling art, but it is unique. It’s not like Judo, which focuses more on slamming an opponent to the ground, or wrestling, which is about pinning an opponent’s shoulders to the mat.

BJJ is all about using time and leverage over strength and power, which is why much of it focuses on ground-based combat. It’s much easier to exert strength on someone if you’re standing up.

“Always assume that your opponent is going to be bigger, stronger and faster than you; so that you learn to rely on technique, timing and leverage rather than brute strength.”

That quote is from Master Helio Gracie, one of the cofounders of the martial art. It’s a philosophy that’s imbued deeply in BJJ, and it’s part of why it’s a fantastic toolkit for kids to use to protect themselves.

When should they start?

Every kid is different, and there’s no hard rule about when all of them will be “ready” to start training. That said, we generally believe 5 is the right age to sign your child up to BJJ.

It’s not necessarily that it’s too dangerous before that age. Jiu-Jitsu is a safe martial art, and we take particular care to ensure children are out of harm’s way. It’s more that kids younger than 5 often lack the physical development to get much out of martial arts training, or can sometimes feel emotionally overwhelmed by the environment.

There are exceptions, but 5 is often the age where children can learn valuable skills and concepts in an environment that takes them out of their comfort zone in a healthy way.

Kids who are signed up for Jiu-Jitsu at a young age will see a massive benefit as they age and continue practicing as an adult. At Gracie Miranda, we teach kids and teens more than self-defence techniques. They’ll do drills and play fun games that hone their coordination, teach them important movements and improve their spatial awareness skills.

Like many other martial arts, Brazilian Jiu-Jitsu has a belt system. For practitioners 16 and over, it starts at white and ends at black. (There are red belts, but it takes four decades of training to achieve that distinction, so let’s keep it simple by not factoring them in right now!). In the middle there are blue, purple and brown belts.

Typically, it takes between 10 and 15 years to progress from white to black belt. So as that suggests, Jiu-Jitsu is very much a marathon rather than a sprint.

The belt system for kids is a little more extensive. There are five main colours: White, grey, yellow, orange and green. Within each colour, there are three stages of progression: The first has a white stripe through it, the second no stripe and the final has a black stripe. For instance, a kid will get their grey belt with a white stripe through it, progress to a solid grey belt, then move on to a grey belt with a black stripe. The promotion after that will be the yellow belt.

It sounds complicated on paper, but the intention is to give kids a tangible feeling of improvement. Adults who make it to black belt will get 4 promotions over the course of 10-15 years. Kids who start at 5 will get 13 promotions by the time they reach 16, when the adult system begins. These help to keep them motivated and focused on the next step.

If you’re interested in helping your kid take the first step, come into Gracie Miranda for a free trial class.