We’re lucky in Sutherland Shire: Compared to many places in the rest of the world, areas like Miranda and Cronulla are safe. But as anyone who watches or reads any news knows, that doesn’t mean we don’t have to worry about personal safety.

That brings us to martial arts and Brazilian Jiu Jitsu (BJJ). Some people do BJJ to win as many gold medals as they can, but more members of Gracie Miranda got their start in martial arts out of wanting to feel safer, not their desire chase glory.

For those who don’t know, Brazilian Jiu Jitsu is a modified version of Judo. As such, it’s a grappling martial art, more similar to olympic wrestling than it is to striking arts like Kung Fu or Taekwondo. It’s impossible to say definitively which martial art is best for self defence, since that’s a very debatable topic. but if I did say Brazilian Jiu Jitsu is the best martial art for self defence, let’s just say I wouldn’t be the first one (disclaimer: some bad language in these clips).

Self defence is a skill, and like every other skill it requires effort and dedication to achieve. Unfortunately, signing up to Brazilian Jiu Jitsu today won’t make you indestructible tomorrow. So how long does it take? 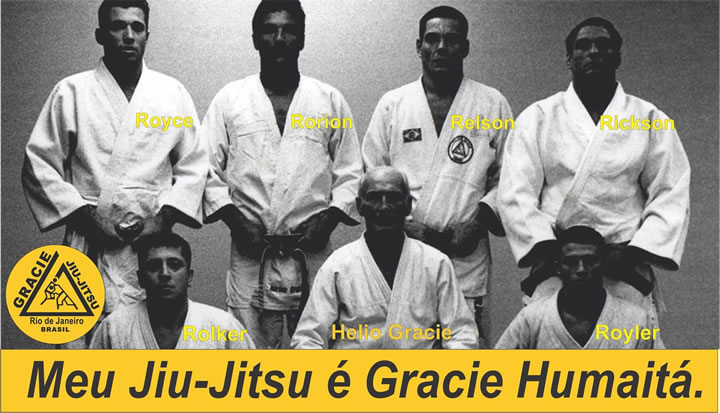 Training on the mats

Brazilian Jiu Jitsu is a tough martial art. Where it’s possible to get a black belt in Karate or Taekwondo in less than five years, those who are dedicated enough to reach black belt status in BJJ usually take between 10 and 15 years to do so. Thankfully, the self defence benefits kick in long before then!

Most previously untrained practitioners are likely to see results – meaning technique will start to become reflexive – after a few months. That’s where it begins, and from there the improvements never really stop. How long it’ll take to achieve that improvement, however, is complicated.

Like everything in Brazilian Jiu Jitsu, or any martial art training, there are variables. Age, strength, height, weight, mobility and previous athletic training will all play parts in how quickly a person adapts to BJJ.

Then there are also different scenarios to account for. If you’re a 55 kilogram female who’s been training for a year, you’ll find it easy to fend off a similarly sized woman grabbing your arm or purse. If the aggressor is a 180-centimetre tall, 90 kilogram male, you may need some extra Brazilian Jiu Jitsu time under your belt.

The flip side to that, though, is that anyone can learn to defend themselves if they’re willing to put the time in. By the time a practitioner reaches purple belt (usually 4-6 years), it’s highly likely they’ll be able to overcome vast strength and size differences if they’re attacked by an untrained opponent. Any 100 kilogram white belt who spars with an advanced opponent purple belt will learn this.

Brazilian Jiu Jitsu self defence is extensive, too. At Gracie Miranda, you’ll learn to defend from the front and the back, from strikes or aggressive grabbing, to defend from close quarters and to keep distance,and, crucially, what to do when your attacker has a weapon.

Any martial art that claims to turn you invincible after 30 days is not one you should trust. All martial arts have self defence benefits, and none of those benefits come overnight. As is the saying though, nothing worth having comes easy.

One of the most important benefits of Brazilian Jiu Jitsu is that it’s not dependant on athleticism – you don’t need to be the biggest, baddest person in all of the Sutherland Shire to defend yourself. The basic premise of BJJ is that technique and timing are more important than strength and power. This doesn’t mean that strength and power aren’t factors, but it does mean that you can learn how to overcome them.

In other words, once you learn proper self defence technique, you’ll keep it for a lifetime (if you continue to hone it, that is). One negative of striking martial arts is that they often require athleticism of some kind: In kickboxing, for instance, it’s hugely important to be either stronger, faster or better conditioned than your opponent.

In BJJ, all of those factors can be neutralised if your technique is sharp enough. Athleticism fades with age, but technique doesn’t.

That’s no lie: Helio Gracie, who cofounded Brazilian Jiu Jitsu, famously trained until he was 95.

If you’re not sold on Brazilian Jiu Jitsu, click here to sign up for a free class at Gracie Miranda.