People from all over Sutherland Shire come to Gracie Miranda to train Brazilian Jiu-Jitsu. Usually, when they start out, they simply want to learn some self-defense skills, or are looking for a hobby to help get them in better shape.

But Brazilian Jiu-Jitsu (BJJ) is addictive. Before long, we often see those same people become obsessed with mastering the martial art. That inevitably leads to the question: how many times a week do you need to train?

The short answer: As often as you can, within reason. The long answer: Like a lot of things with martial arts training, it’s complicated. 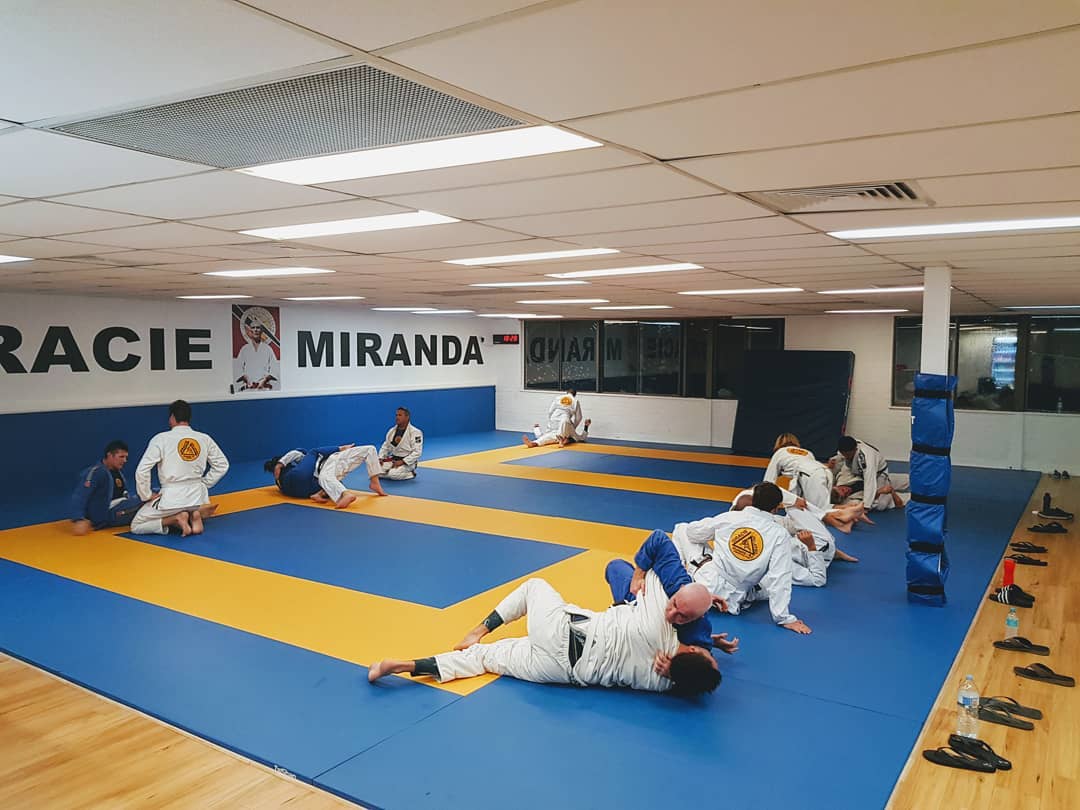 Why we’re here: Self defense, fitness and fun

What are your goals? That’s the first and most obvious consideration. If you’re looking to becoming a world champion in Jiu-Jitsu or the UFC, two days a week isn’t going to cut it. (Just ask UFC Middleweight Champion Robert Whittaker, who’s opening Gracie Artamon soon.)

But 99.9% of people who train BJJ, or are interested in doing so, aren’t gunning for worldwide fame. I’m going to be presumptuous and assume you’re in the 99.9% of people who aren’t hoping to become the toughest person in Sutherland Shire, and see BJJ more as a hobby rather than a career.

I frame it like this because your expectations are often your worst enemy in martial arts. A sure fire way to burn out in BJJ is to tell yourself you need to train 7 days a week to be any good. So keep in mind why you’re doing Jiu-Jitsu: Self defense, fitness and fun. Jiu-Jitsu is challenging and satisfying, but you’ll make it a chore by forcing yourself to hit the mats every day.

Ideally, you’ll be able to come to Gracie Miranda 3-5 times a week. That’s enough to ensure steady progression, but not so much that you’re risking overtraining or burnout.

Burnout is a real consideration, though. More than any other martial art or sport, BJJ is a marathon rather than a sprint. It usually takes a little over 10 years for practitioners to earn their black belt. In other words, consistency is key. You should train as much as you can as long as you can sustain that volume.

In this sense, self defense training is similar to a diet. The only diet that works is one that you can sustain for life. Similarly, training 5, 6 or 7 days a week will improve your BJJ, but the amount of people who can physically and emotionally sustain that training is small. For everyone else, it’s a pathway to demoralization and, ultimately, burnout.

As noted, 3-5 times a week is ideal for most people. But an essential part of your BJJ journey is understanding that not every week, month or even year will be ideal.

Life situation will impact your BJJ journey a lot. If you have an ideal work and family situation, and live in the Shire nearby Gracie Miranda, you may be able to hit the mats 5 times a week with no problem. That’s great! But if you get a new job or your hours change, or if you have a nagging injury that prevents you from heavy training, you may only be able to come once or twice a week.

If you’re in a situation like this, you shouldn’t stress out too much. The key is to come when you can. Some people can only train once a week. It’s not as good as training twice or thrice a week, but once a week is still a lot better than not at all.

Remember, your situation will eventually change and you’ll be able to train more. Let’s say you take up a new course which means you have to study after work for a year. You may only be able to train once or twice a week for the next year, but you’ll thank yourself at the end of that year for doing so — because you’ll be in a far worse situation if you don’t train at all.

This is also relevant for people who haven’t yet started their BJJ journey. You may think you can’t start, because you don’t have enough free time to commit to training 3-5 times a week. But the important thing is to start, and to just come when you can. Slow progress is better than no progress.

Here’s where another key element of Jiu-Jitsu comes into play: Comparing yourself to others. If you can train only once or twice a week, you may find yourself frustrated at not progressing as fast as those who are able to train every day.

Letting go of your ego and focusing on learning rather than winning is something everyone goes through in BJJ. It’s an important element of why BJJ improves you as a person. If you can only train once or twice a week, remember A) that’s better than nothing and B) we’re here to learn, not win.

Long story short: Train when you can, and remember you’re in it for the long haul. If you’re in Sutherland Shire and interested in starting your self defense marathon, check in for a free class at Gracie Miranda here.